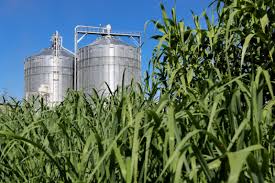 An important role can be played by bio-based chemicals

Given their expected limited environmental footprint in comparison to their traditional counterparts, bio-based chemicals have recently emerged on global markets as valid, environmentally friendly alternatives to standard chemicals

However, as technology and chemical methods have improved, the bio-based chemical industry has become increasingly profitable and is now poised to take over a large share of the market. Sustainability-minded manufacturers and consumers welcome these environmentally friendly alternatives, and as a result, the demand for sustainable chemicals has only been increasing.

Chemists working in the biobased industry are addressing environmentally and socioeconomically unsustainable dependence on petroleum which remains the key feedstock for a wide array of products. Biofuels are a major focus of the biobased industry, but the sector is expanding. Researchers and firms now also emphasize and commercialize bio-derived replacements for basic chemicals on which nearly every industry depends

Recent findings show that environmental concerns regarding dangerous chemicals and fossil fuel depletion are leading to increased production of biobased chemicals. The market for these chemicals is expected to grow from $6,474 million in 2016 to $23,976 million by 2025

The United States Department of Energy (DoE) highlighted a dozen platform or base chemicals that could possibly replace the fossil or petroleum-based building blocks in value-added chemicals. These includes

Plastic is traditionally made with petrochemicals but recent years saw a shift to bioplastics, which are made in whole or in part of renewable resources. Bioplastics itself can be further classified to three different groups: (1) biobased or partly biobased non-biodegradable, (2) both biobased and biodegradable and (3) fossil-based plastic that is biodegradable.

PLA is a biobased polymer produced from the fermentation of glucose into lactic acid in green plants. This is mostly fabricated into surgical implants and sutures. Biobased PLA is renewable, biodegradable, recyclable, and processable that’s why it has many uses.

PHAs are linear polyesters made from bacterial fermentation of sugars and lipids. It can be used to manufacture many items including films, coated paper and compost bags

Plant oils are triacylglycerides that can be used for the production of some polymers. These oils are derived primarily from soybeans and castor oil plants.

Biolubricants are either vegetable-based oils or synthetic esters made from modified oils and mineral oil-based products.

Biosolvents like limonene, ethanol, glycerol, and 2-methyl tetrahydrofuran are some of the most sought after biobased products.

Biosurfactants mostly come from plant oils like coconut oil and palm oil and plant carbohydrates. These surfactants are essential ingredients in a lot of household cleaning supplies such as detergents, soaps, personal care products, food processing materials, and agricultural cleaners

Vegetable-based inks are becoming more popular over the years with more printers and pens choosing it over its fossil-based counterpart.

Some of the benefits of bio-based products include,

Environmental Benefits: Minimizing chemical waste and the release of toxic byproducts into the environment is one of the most important benefits of sustainable bio-based chemical products.

Economic Independence: Bio-based fuels are a point of interest for many corporations and states, primarily due to the economic independence they offer.

More Jobs: The bio-based chemical industry is on the rise, replacing the jobs left by traditional chemical plant positions and more. Additionally, farmers growing the sources of these bio-based materials will experience improved farm revenues