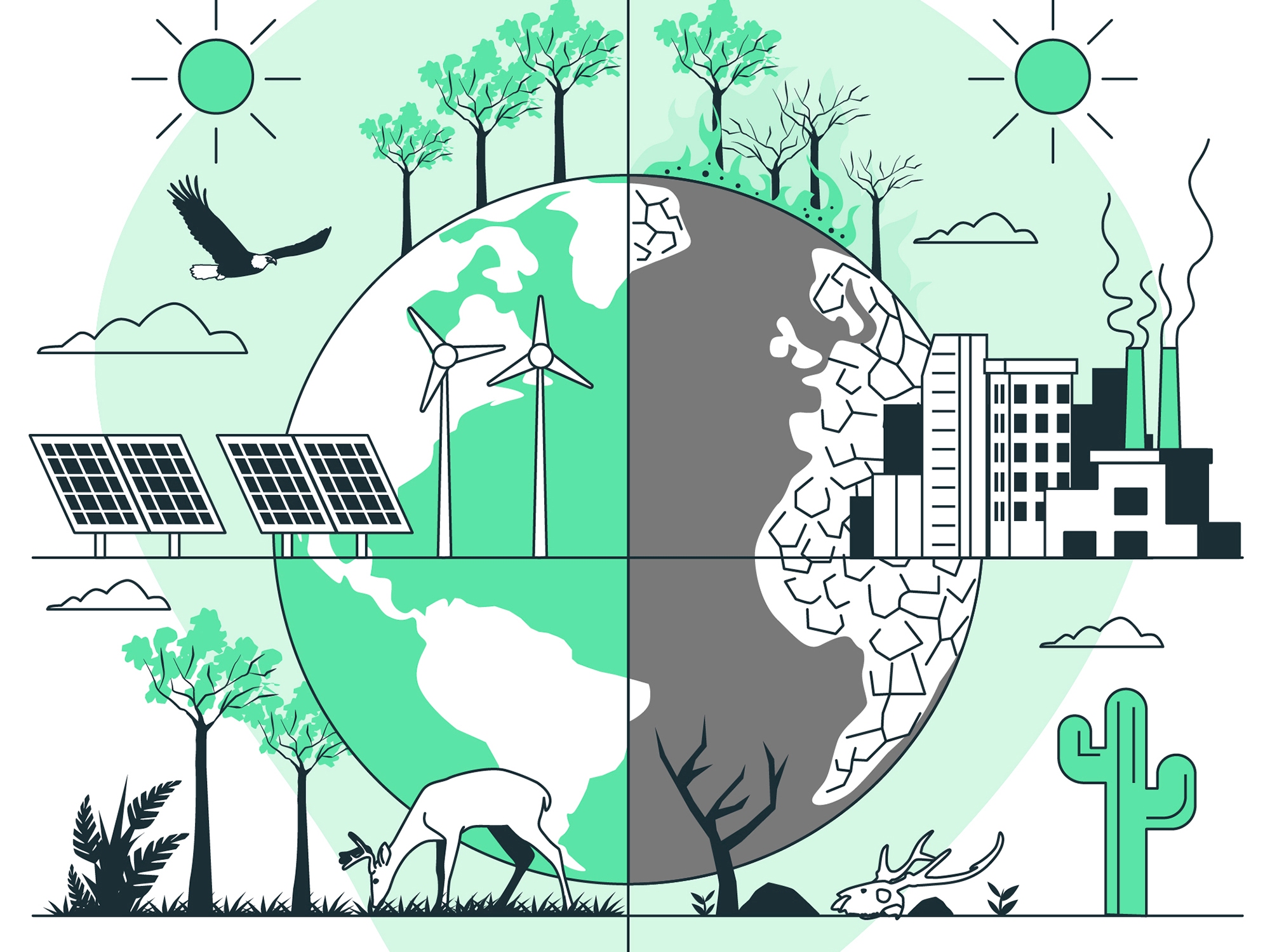 The objective of the CCPI is to provide an analysis that is both thorough and objective of the many countries that are taken into consideration. It makes use of fourteen indicators (the outer circle in picture) and the four categories listed below:

In 2017, the methodology of the CCPI underwent revisions in order to properly integrate the outcomes of the talks that took place for the Paris Agreement. Since that time, the measures that make up the CCPI have been based, in part, on the commitments that individual countries have made in the form of their Nationally Determined Contributions (NDCs).

In the categories of Greenhouse Gas Emissions, Renewable Energies, and Energy Use, the index is now evaluating the 2030 targets as well as the compatibility of countries’ present levels and targets with staying far below 2 degrees Celsius. The new methodological design takes into account all of the emissions of greenhouse gases.

On the basis of its performance in relation to climate change, India has been classified as one of the top five countries in the world, as well as the best among the G20 countries. According to the Climate Change Performance Index (CCPI, 2023) produced by German Watch, New Climate Institute, and Climate Action Network International, all of which are based in Germany, India has moved up two places, and it is currently rated eighth. The most recent CCPI report, which was presented at COP 27 in November 2022, reveals that Denmark, Sweden, Chile, and Morocco are the only four tiny countries to be placed higher than India. These countries came in fourth, fifth, sixth, and seventh place, respectively. None of the countries in the world were able to earn the first, second, or third ranks. As a consequence of this, India holds the highest rating among all of the major economies.

The categories of GHG Emissions and Energy Use both awarded India a high score, while the areas of Climate Policy and Renewable Energy gave India a moderate score. There has been a noticeable impact brought about by India’s ambitious initiatives toward rapidly deploying renewable energy sources and establishing a comprehensive framework for energy efficiency programmes. According to the CCPI research, India is on track to fulfil its 2030 emissions objectives (which are compatible with a scenario with a temperature increase of well below 2 degrees Celsius).